The Bla Nian collective (meaning see well in Baoulé language) follows the way building new relationships between artists and people. It finds artists and also help them during all their career. The exhibited photographers at the Ivory Coast French Institute (Aurélie Tiffy, Nadi Jessica, Elie Akadia, Cédric Kouamé, Hady Barry) keep all their attention on the part playing by women in African societies. This part rise a lot and the photographers try to define a place where everybody can speak about it peacefully. The photographers use the realism for dealing about problems women must resolve like receiving a good education, finding a job for earning money and staying free or fighting against young pregnancies. All the exhibited pictures underline the commitment of Aurélie Tiffy, Nadi Jessica, Elie Akadia Cédric Kouamé and Hady Barry for showing us the new Africa. 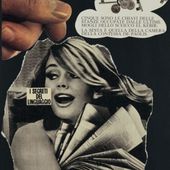